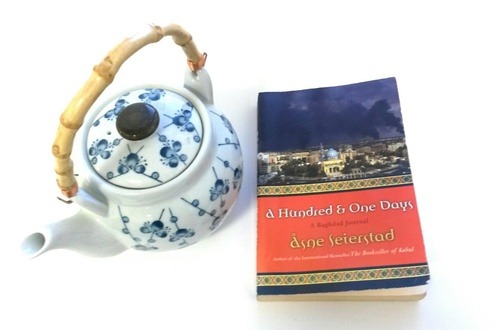 One Hundred and One Days: A Baghdad Journal

One Hundred and One Days gave me nightmare that I almost stopped reading it. I dreamt that I was in the midst of war. I am glad that one bad dream did not stop me from continuing to read this book.

One Hundred and One Days is about a journalist’s account of her experiences in Iraq before, during and after the war. Asne Saierstad is a female Norwegian journalist who decided to stay in Iraq despite the threat of the American invasion of Iraq during Saddam Hussein’s regime.

While almost every journalist left Baghdad, Asne bravely stayed along with the other war correspondents.  It was fascinating to me to learn about the adrenaline-powered lives of war journalists and how they provoked death by being in midst of the crossfire in order to capture each moment in pictures or words.

What is also great about this book is that its real focus is on the everyday lives of the Iraqi people and their families. Asne maintained her journalist’s role as a neutral observer. However, her humanity wins out as she was touched by the very sad stories of people she interviewed.

It became very real to me as I was reading the horrific real life stories of the children who were killed, an innocent woman who was gun-downed while farming and a mother who lost all of her 3 sons. The atrocities of war were well-recounted without being condescending towards either side – Iraqis or Americans.

After the war, Asne showed the irony of Saddam’s lavish presidential palace in contrast with the dark hopeless torture chambers where many met their painful death.

Reading the book made me feel like I was in Baghdad during the regime, interacting with people and almost feeling the desperation, fear and the pain of war, and confusion and chaos of its aftermath.

This is not usually the topic that I choose to read but Asne’s writing was engrossing. I wanted to finish it before the beginning of Fall so I can switch to a lighter, happier and cozier read. And I did. I finished this book today, 09.19.14, 3 days before the first day of the Fall season.